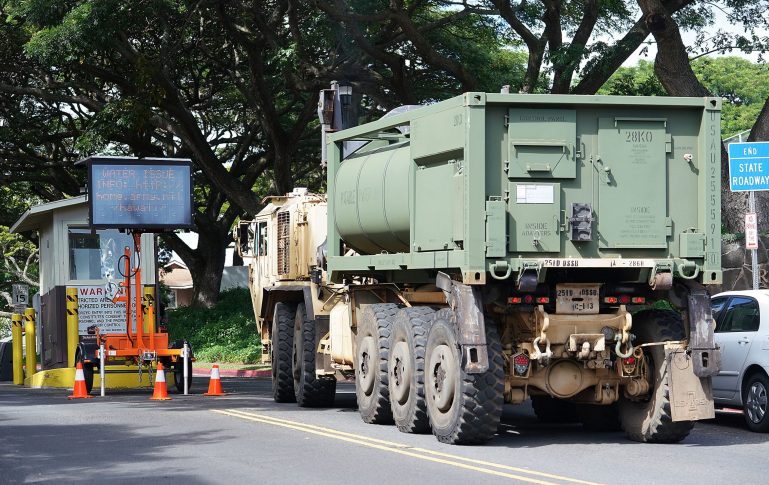 Red Hill Should Change The Way We Think About The Military

…But even mild critiques of the military are often met with patriotic outrage, as if a specific institutional criticism is no different than spitting in the face of your uncle who took a bullet for his country. Military culture is particularly effective at subsuming the identities of those who are in it, so it’s easy to understand why criticism of the military is often received as criticism of military members.

This dissonance was on display when news broke of drinking water contamination apparently caused by a Red Hill fuel tank leak. As more details emerged, some people were shocked by the Navy’s negligence, dishonesty and casual disregard for the public they’re supposedly protecting – and another group of people was shocked that it took this long for the others to be shocked by any of this.