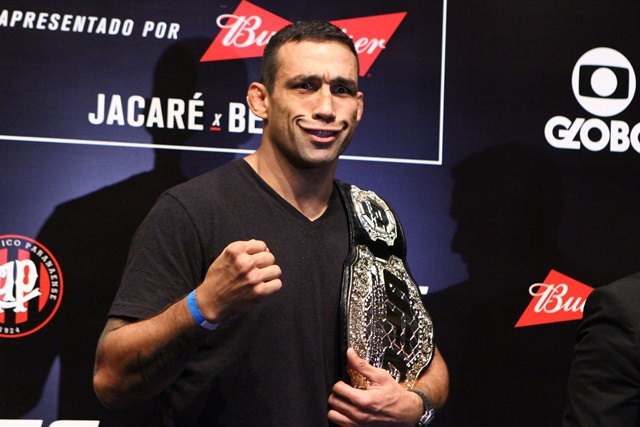 “The wait is over.

After claiming the undisputed Ultimate Fighting Championship heavyweight belt against Cain Velasquez in June, Fabricio Werdum was set to rematch the man he beat for the title at UFC 196 in February. When Velasquez was forced to pull out with an injury, Stipe Miocic was chosen as a late replacement, yet the matchup was postponed once Werdum pulled out with a back injury. Now, all the pieces have fallen in to place, and Werdum will fight Miocic at UFC 198 this Saturday in his native country of Brazil. “Vai Cavalo” will be defending his belt for the first time, as well as fighting for the first time this year. He has won six fights in a row, and he has not lost in the UFC since 2008.

In the opposite corner, Ohio-native Miocic will look to extend his two-fight winning streak and notch what would easily be the biggest victory of his career. He was last seen in January at UFC 195, where he dusted former UFC champ Andrei Arlovski in under a minute. Prior to that, he put a world-class drubbing on the resurgent Mark Hunt in May 2015, smashing the 2001 K-1 World Grand Prix winner for four and a half rounds before he found the TKO win. Since debuting in the UFC in 2011, the part-time firefighter has steadily built one of the best resumes in the heavyweight division.