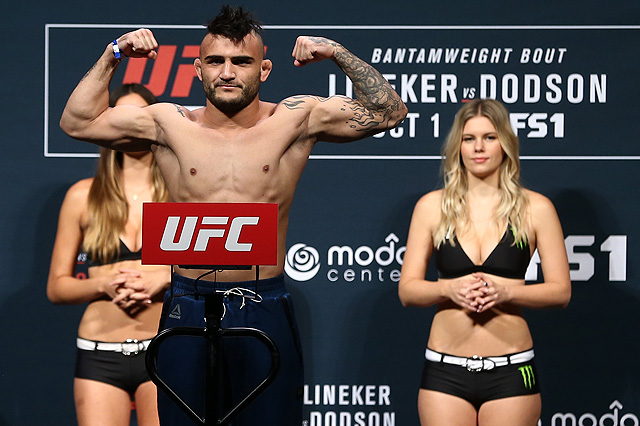 The Nature of the Beast

“I know what you’re thinking, and the answer is yes: UFC Fight Night “Lineker vs. Dodson” also reminded me of the fable of The Scorpion and The Frog. In case you’re not familiar with the fable, a scorpion asks a frog to carry it across a river. The frog is worried that it might get stung, but the scorpion assures it that nothing of the sort will occur. After all, if the frog goes down, the scorpion would drown, too. Of course, when the frog decides to give it a ride, it gets stung and they both descend into their watery fate. Before they die, the frog asks the scorpion why it stung him, to which the scorpion replied, “It’s my nature.”

Humor me for a minute. UFC Fight Night 96 was a solid billing as far as these sorts of events go. It had a few fights with varying degrees of divisional relevance and a few fights for quasi-name value action; and some fights were just there. Whatever the card lacked in substance, however, it apparently made up for in outrage-inducing circumstances…”

25 Responses to The Nature of the Beast