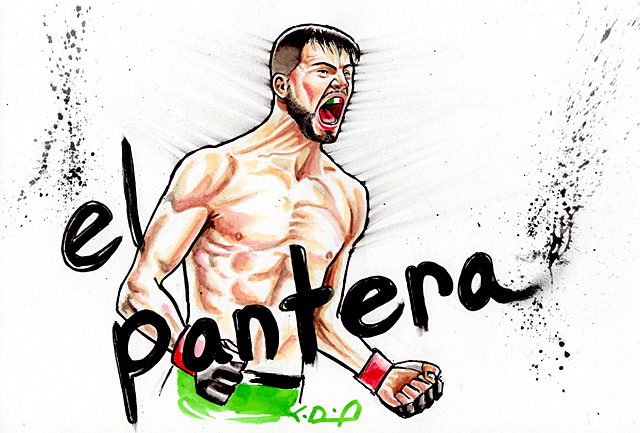 The Final Pass of the Torch

“He knocked Din Thomas silly with a knee and blitzed Caol Uno in 11 seconds in 2001, both of which continued to make cameos in pre-fight promotional videos for the next decade. His list of rear-naked chokes alone is enough to get grappling nerds giddy. Takenori Gomi, Matt Hughes, Jens Pulver, Joe Stevenson and Kenny Florian all ended up seconds away from sleep, usually after one of their arms was pinned by one of Penn’s legs. Even some of his losses have provided sensational moments: How he pieced up George St. Pierre on the feet for a round in their first fight, when he inexplicably slithered to take Hughes’ back and moved into a triangle in their rematch or how he pushed back a 218-pound Lyoto Machida with clean shots to the face in K-1. Of course, his best knockouts happened toward the end of his prime via a flying knee to Sean Sherk, a head kick of all things to become the first to stop Diego Sanchez and a 21-second drubbing of Matt Hughes in their rubber match.

That final Hughes fight aside, the last seven bouts of Penn’s career have mostly served to decorate the highlight reels of other fighters. This was especially true against Yair Rodriguez…”