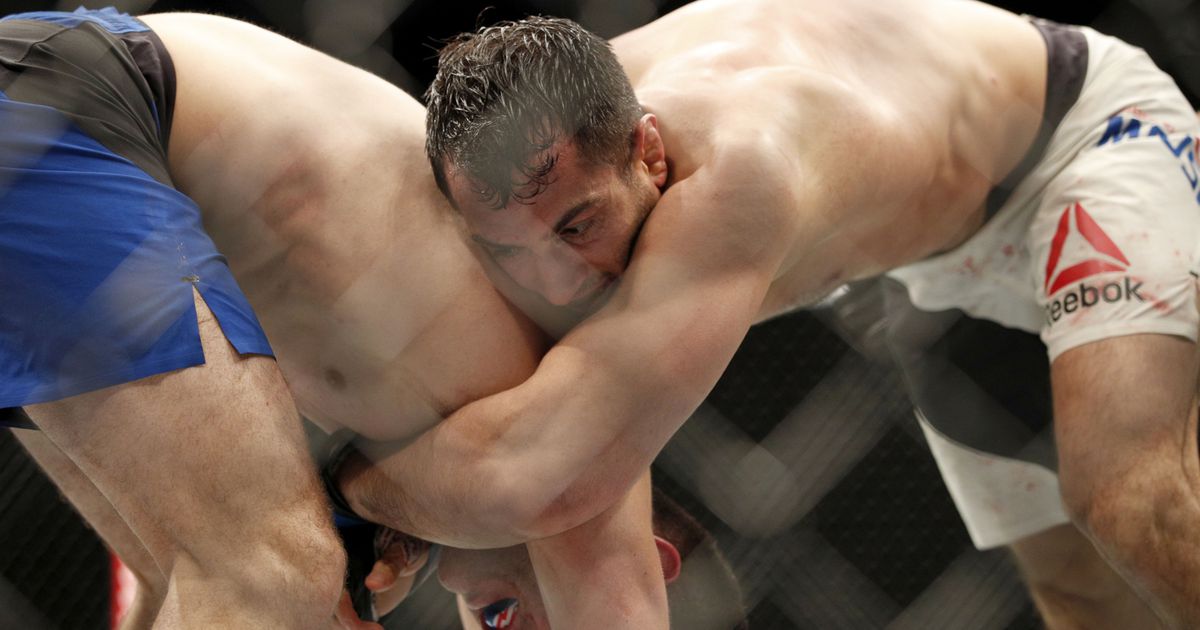 The Most MMA Event of the Year

“Event of the year it was not, but by the end of 2017, you’ll be hard-pressed to find a card more MMA than UFC 210 on Saturday in Buffalo, New York.

Let’s take a minute to unpack that idea first, since saying that an MMA event was “so MMA” — and the fact that almost everyone immediately knows what that means — is telling. It hints at the bizarre, sometimes horrible and often frustrating things we expect from this sport. It’s a particular feeling in the MMA community, somewhere between victimhood and resignation, over-salted with well-earned cynicism. When hyped fights fall through last-minute due to freak injury, a United States Anti-Doping Agency flag for “dick pills” or someone slipping in the bathtub during weigh-ins, or when impossibly bad scorecards turn up after a fight, the most accurate, most succinct way to describe that feeling is to say it’s “peak MMA.” Fighting is a weird and crazy sport, so we expect weird and crazy things to happen.

Though co-main eventer Gegard Mousasi made some fight-week ripples by vocalizing unapologetic opinions about his paystubs — a point of interest compounded by the fact that the top-5 middleweight’s bout against Chris Weidman was the last on his contract — the real ridiculousness started at the weigh-ins. Strawweight Pearl Gonzalez was reportedly removed from her fight after hitting weight but not because of a failed drug test or any of the other usual suspects; she has breast implants, which are barred by the New York State Athletic Commission in boxing. She was never officially pulled from the fight and everything ended up getting squared with the commission, but the episode was a portent of just how MMA this card would turn out…”

102 Responses to The Most MMA Event of the Year