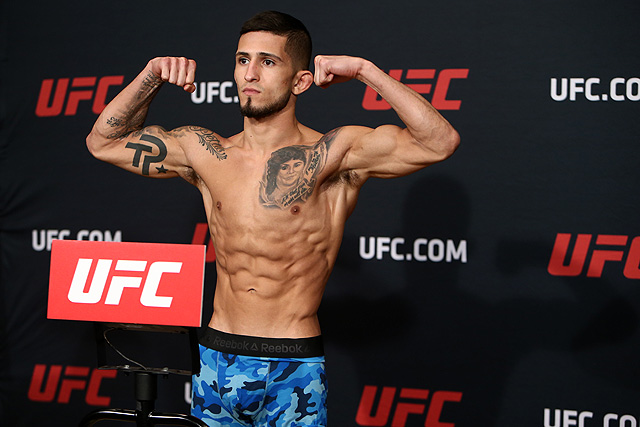 Patience is a Virtue

It’s slightly better to narrow it down to “someone in the top 10,” but again, that’s not going to get anyone talking, and in the current climate of matchmaking, getting people to talk goes a long way. The best bet is to have a name ready. If fans respond to that name, it’s one of the most powerful ways a fighter can take the reins of his or her career.

In recent memory, Nate Diaz and Mickey Gall have parlayed post-fight callouts into particularly lucrative matchmaking. Diaz, of course, set up his biggest career paydays by voicing his desire to fight Conor McGregor’s “[expletive] ass” after a good-but-not-great win over Michael Johnson. All it took was a good bounce from Rafael dos Anjos getting injured and voila: Two fights later, Diaz was a multi-millionaire. Gall, on the other hand, didn’t quite rake in the payday Diaz did, but he did translate a high-profile yet expected win over Phil Brooks, aka “CM Punk,” into a fight with Sage Northcutt — possibly the biggest name in the welterweight division that was in his range of ability. He didn’t need quite as many F-bombs as Diaz, but calling “Super Sage” corny was apparently enough to get people excited.

There’s a reason MMA is called the fight game. There’s an element of gamesmanship required to navigate one’s career, and those who are assertive and smart about who they call out are often in the best positions to advance their careers. Sergio Pettis was aware of this…”

42 Responses to Patience is a Virtue