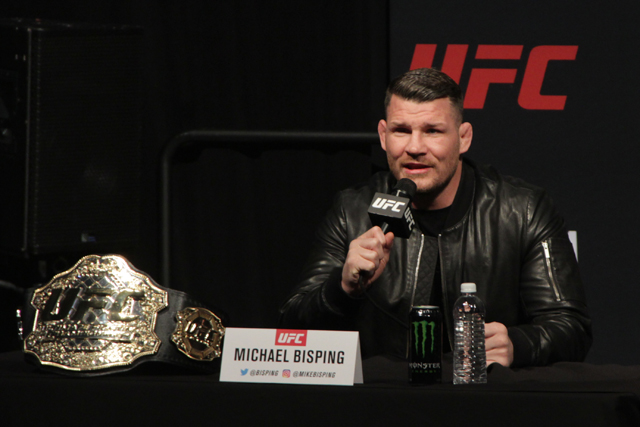 Mixed Feelings for the Middleweight Division

“Of all the memes that MMA has given us, none is more perpetually useful than Nate Diaz’ classic line after he defeated Conor McGregor: “I’m not surprised, mother [expletives].” This was the precise feeling I and no doubt many others had when it was announced that Georges St. Pierre had vacated the Ultimate Fighting Championship middleweight title. At 33 days, his championship reign would rank as the sixth shortest celebrity marriage, a comparative metric far more fitting than other UFC title runs.

St. Pierre’s decision to vacate the title caps a strange 18 months for the middleweight belt. The top of the division has been on a meandering journey ever since Michael Bisping knocked out Luke Rockhold in June 2016. That was bizarre enough on its own. It included what has got to be cleanest single punch of Bisping’s UFC career, and it was on short notice against a man who had thoroughly demolished him before. At that time, the middleweight division was the best it had ever been, with contenders like Yoel Romero, Ronaldo Souza, Robert Whittaker, Gegard Mousasi and the deposed Rockhold champing at the bit for a shot at the new champion.

Of course, none of them would receive that shot…”