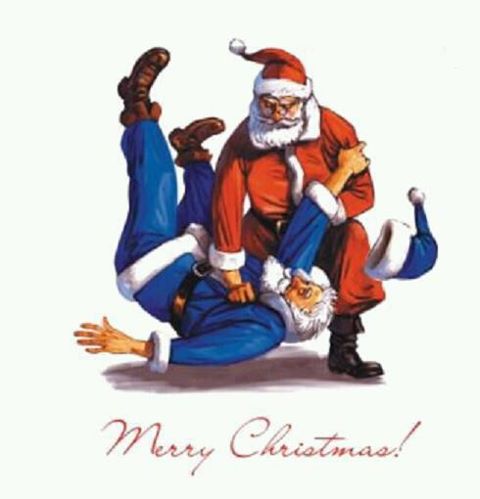 “Every year the same question burns in our minds: what do we want for Christmas? For us MMA fans, the answer is always pretty simple. We want more great fights.

There were a number of great ones in 2017. Justin Gaethje was involved in a couple of classics against Michael Johnson and Eddie Alvarez, Yancy Medeiros and Alex Oliveira put on a scrap for the ages, and T.J. Dillashaw and Cody Garbrandt put on a hell of a show as well. That’s to say nothing of the memorably one-sided performances as well, from Rose Namajunas’ dismantling of longtime champ Joanna Jedrzejczyk, Darren Till’s coming out party against Donald Cerrone, Francis Ngannou’s near-beheading of Alistair Overeem, Robert Whittaker’s molly-whopping of Ronaldo Souza, or either of Max Holloway’s wins over Jose Aldo. And that’s just the start; there are dozens more fights that could be mentioned here.

On this most festive time of the year, a week away from 2018, here is our Christmas list of fights we want Old Saint Nick to bring us, one for each weight class…”