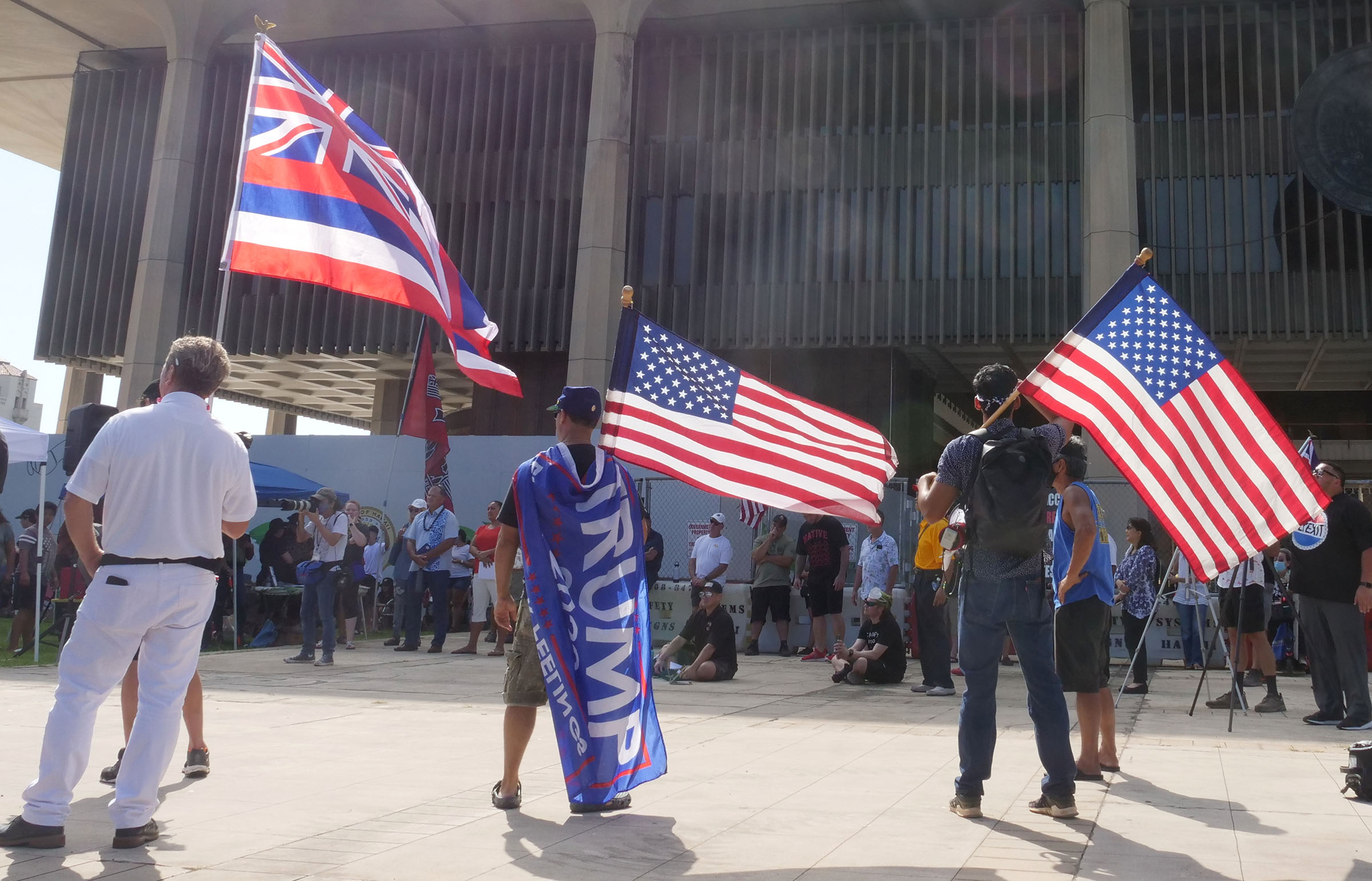 What Hawaii Can Learn From The Trump Years

The insurrection attempt on Jan. 6 was a fitting end to one of the most ignominious presidencies in American history. It was definitively Trumpian: an act of amorphous grievance, howling selfishness and simian aesthetics, its very oafishness concealing just how dangerous it really was. It was Trump’s presidential term in a microcosm.

Shocking as it was, it was also in many ways predictable. Trump has led a public life even before he was the president, and he has demonstrated on innumerable occasions that if he loses anything, big or small, the only possible explanation he can accept is that he was cheated out of a rightful win.

He did this when he lost the 2016 Iowa Caucus to Ted Cruz, claiming Cruz “stole” the win through fraud. He did the same thing in the run-up to the 2016 presidential election, saying he’ll only accept the results if he wins and alleging “large scale voter fraud” before ballots had been cast. He even did it after he won the 2016 election, claiming he only lost the popular vote because of millions of illegal votes.

There was no evidence for any of these allegations. Sound familiar?

Trump is not the first bad president, but he is a uniquely bad one in that he told us who he was and verified it in plain sight over and over again, and still millions of people consciously refused to see it. Looking back at his disastrous time in office, it becomes abundantly clear that his failures stemmed not just from bad policy, but from poor judgment and lack of moral character.

There are lessons here for Hawaii…