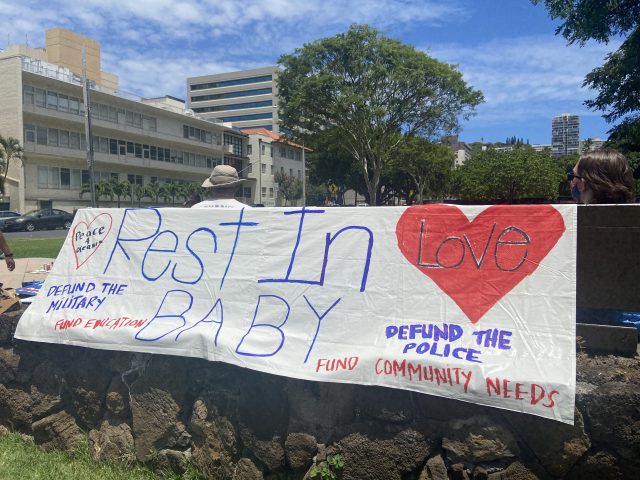 The Social Failures Behind the Death of Iremamber Sykap

Here’s what we know about the shooting of 16-year-old Iremamber Sykap.

On April 5, Sykap was driving a stolen car along with five others between the ages of 14 and 22. Following a police chase, officers shot at the car, and it crashed into a drainage ditch near McCully. Sykap was taken in critical condition to the hospital, where he died.

According to Honolulu Police Chief Susan Ballard, the car was connected to several crimes leading up to the fatal shooting, including an armed robbery in Moiliili just 20 minutes prior, though no guns were found at the scene of the crash.

We don’t know much about Sykap the person just yet, but we know he was born in Guam and was the youngest of eight children. We know from his sister that “he would make you laugh at your lowest.” We know from his teacher that he was friendly and playful, and that he loved his family deeply. And we know from the gatherings at the place of his death that he was loved, too.

We also know he had a history of criminal behavior that resulted in multiple arrests.

It can be hard to square these two accounts of Sykap, especially since we tend to think of criminal behavior as a function of personality: people who do bad things are bad people, like cartoon villains. In reality, criminality is often directly tied to whether or not one’s basic needs are met…