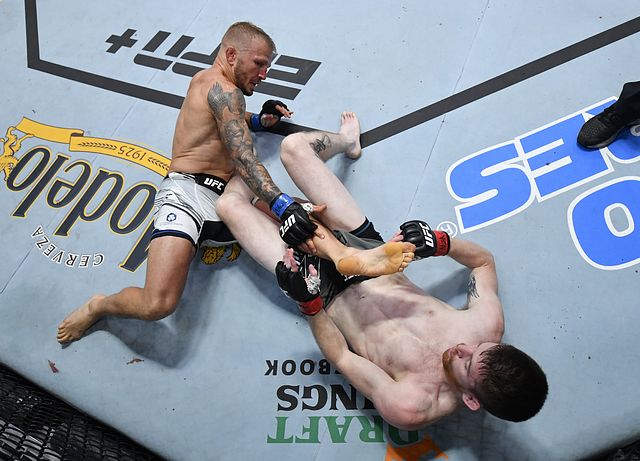 Trying to Fit a Fight Into a Sport

As soon as the final bell sounded in the main event bout between T.J. Dillashaw and Cory Sandhagen last weekend, I knew the scorecards were going to be strange. My hunch, which turned out to be correct, was that the final verdict would either be a split decision or a majority draw. When you’ve watched enough close fights, you know that the only thing more dynamic and unpredictable than the fights themselves is how they are judged.

Calling the fight “close” isn’t entirely accurate, though. It was in one sense, but in another it really wasn’t close at all. If the purpose of a fight is to inflict more damage than you receive — which is the intuitive understanding of how fights work — then Sandhagen was the clear and obvious winner. He hit Dillashaw with more and harder shots throughout the fight, slicing and bruising the former champ’s face into a bloody mess. Sandhagen, however, ended the fight relatively unscathed. If the fight happened anywhere but in the Octagon, there would be no doubt in anyone’s mind who won.

But the fight did take place in the Octagon, and it was judged in five minute intervals, not in entirety…