“There can be no doubt that the Ultimate Fighting Championship has been a successful business venture. Its story of going from a $2 million company in 2001 — and one that wasn’t even profitable until 2005 — to a $4 billion company in 2017 is staggering enough, but consider the fact that this growth occurred in a marketplace where virtually every other competing organization struggled to stay in the black. The UFC’s rise has been a remarkable achievement on paper.

Yet in spite of the evidence of the business savvy working behind the curtains, the powers that be still continue a puzzling practice: incentivizing fighters through win bonuses. For most fighters, their purse consists of “show money,” which is then doubled if they win. In theory, this sounds reasonable, but reality paints a different picture…”

More Than A Fight

“Eight decades ago, former International Olympic Committee Chairman Avery Brundage stated that politics is “a savage monster” bent on disrupting the purity of sport. Ten years ago, former European Union President Milan Zver stated that “[Sports] is too important to use it as a political instrument.” These are some of the most noteworthy instances of the “stick to sports” sentiment, a phrase that has recently come back into fashion as NFL players started taking knees during the national anthem.

It’s an understandable feeling. If you have played sports non-professionally — which is the vast majority of people who have played sports — your experience of athletic participation is colored as an inherent good, a pastime that cultivates life lessons like sportsmanship, the importance of practice and physical well-being. Thus, it’s only natural for us to think of sports as apolitical; we never had an opportunity to politicize them, even if we wanted to.

Yet sports are undeniably political, if for no other reason than the fact that money is involved…” 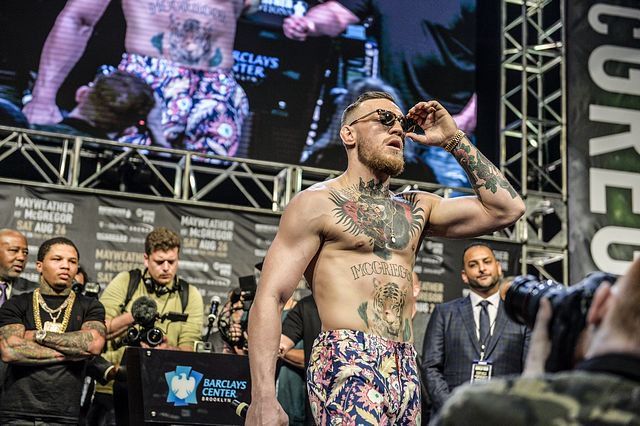 In With The New

“Change is inevitable. Whether we’re talking individual lives or macro-level societal change, everything is in constant flux. Change can be hard to detect day-to-day; in three months of interminable sub-freezing winter temperatures, every day feels the same as the one before it. Spring seems perpetually distant, no closer to reality one week from the next. Then one day, all of a sudden, it’s 50 degrees and sunny outside. It’s like everything is the same until, almost instantaneously, everything changes.

That’s how this weekend felt, like new life was breathed into a coldly inert Ultimate Fighting Championship. Of course, the ranks have been changing across several divisions, but the drag of 2017 made the UFC appear to be more stagnant than it really was. With UFC 222 on Saturday at T-Mobile Arena in Las Vegas, spring had finally emerged from the winter of last year…”