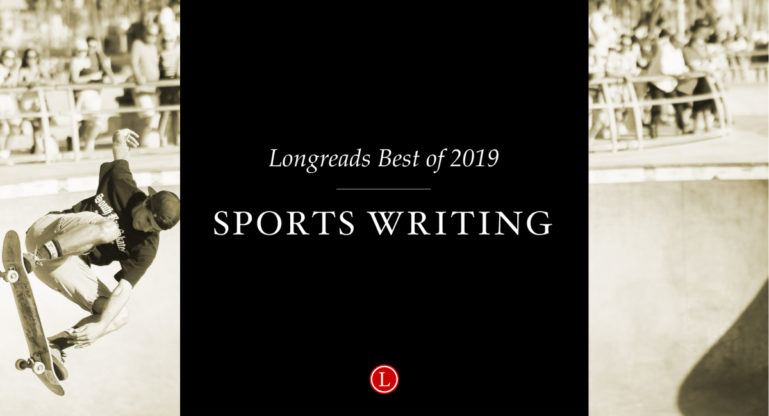 I was surprised, humbled and grateful to discover that my essay, Climate Change is Sabotaging the World’s Most Dangerous Canoe Race, was selected by Longreads for its Best of 2019: Sports Writing category. The editor who chose it, Matt Giles, wrote:

Since 1952, the Molokaʻi Hoe — otherwise known as the world’s most challenging canoe race — has annually enthralled 40,000 competitors off the coast of Oahu, but as Stinton explains in this deep-dive, the Molokaʻi Hoe is threatened not by modernity, analytics, and improved training but by climate change. It’s an angle I have long thought about, specifically how the planet’s warming will affect the Bonneville salt flats, and this piece succinctly explains how the overall warming of the waters through which the course flows could cause this race to forever be delayed — and with that, the impact on the culture and heritage of its competitors.

Every year I look forward to reading Longreads’ Best Of lists, and it’s crazy to see my work included on one.

Another 13 stories were chosen for the list. Check them out here.

The first time I questioned my decision to move from Hawaii to Korea was, not surprisingly, winter. Back home, cold doesn’t happen without consent. Not so in Korea. If my first winter in Seoul taught me anything about existential threats from the north, it’s that Siberian winds make daily life a lot more unlivable than any nuclear artillery. I took fatalistic comfort in knowing that if North Korea ever attacked, at least we’d all die together. I felt just as helplessly unprepared for the winter, but I had to face the cold on my own.

I was lucky, for that reason and others, that I knew Jay—that’s the Englishified version of Jong-il (yes, like Kim)—and that he was sympathetic to the plight of a warm-weather waygookin (foreigner) living in a blustery Asian city. I was luckier still that he’s a basketball fan and was willing to scoop me up from work to watch the showdown between Anyang KGC and the Seoul SK Knights in the Korean Basketball League. I hadn’t seen a live basketball game of any sort since college, but it seemed like a better way to deal with the miserable cold than my usual routine of hibernating in my apartment and overeating…

Read more at The Under Review