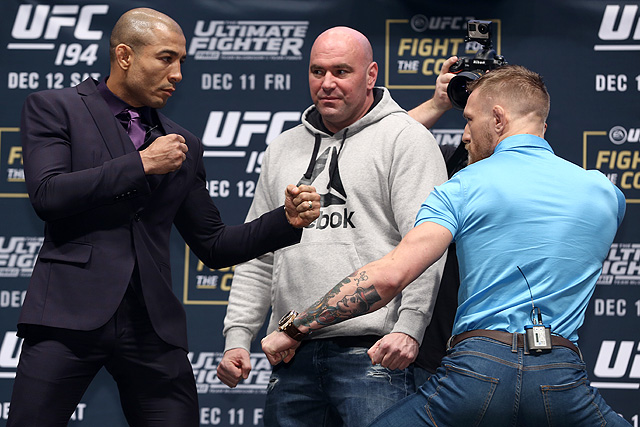 “It has finally arrived.

After a rollercoaster ride of press tours, promotional media appearances and an injury-induced postponement, Jose Aldo and Conor McGregor will square off in the Octagon in the UFC 194 main event on Saturday at the MGM Grand Garden Arena in Las Vegas.

It has seemed like a long time since Aldo — the Ultimate Fighting Championship’s most-tenured champion — has been active. He was last seen in October 2014, when he defended his title for the seventh time in the UFC — the ninth if you count his World Extreme Cagefighting run — against Chad Mendes in one of the best fights of the year. After gearing up for a July 11 showdown with McGregor at UFC 189, Aldo suffered a rib injury weeks before the fight and was forced to withdraw. Assuming everything goes according to plan, this year will be the first time since 2012 that the longtime featherweight king logs only a single fight in a calendar year…”