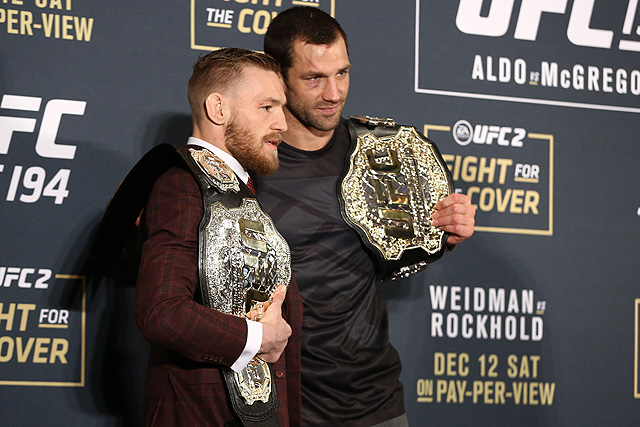 Sherdog.com’s 2015 Fighter of the Year

“We should have seen it coming.

Rewind to this time last year. Of all the fighters coming off superlative years, of all the burgeoning and blazing stars of the sport, only one of them had the clairvoyance to know where he would end up by year’s end: the man they call “Mystic Mac.”

Entering 2015, McGregor was still plagued by questions and doubters. He had run roughshod over inferior foes, they said; the Ultimate Fighting Championship was handpicking opponents for him to look good against; he had yet to face a stud wrestler; his ground game was completely untested and unproven; he was being promoted because of his trash talk, not his skill. Such accusations brought comfort to the high school coach types who hated his cockiness, and they put staunch McGregorites in a defensive uproar. However, the man himself could not seem to be bothered by any of it…”